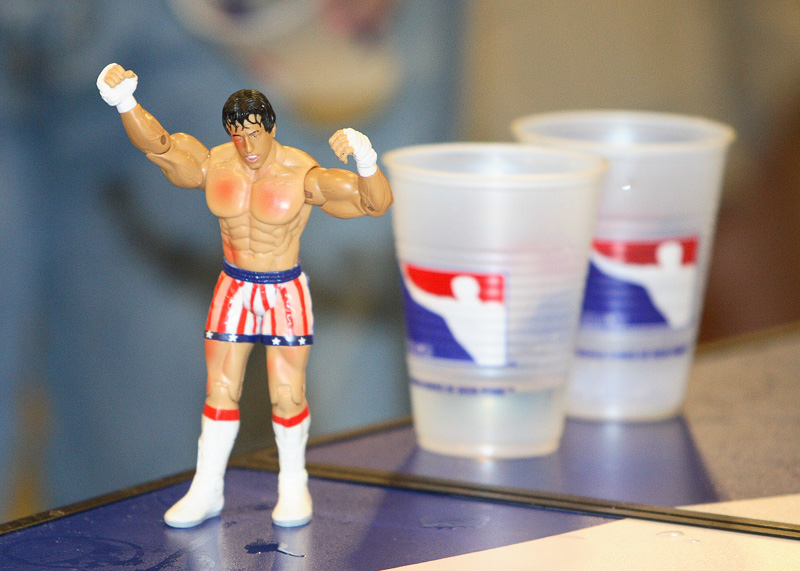 The month before The WSOBP is one the most exciting times for any kind of beer pong player.  For the casual player, the idea of going to Las Vegas for a week of drinking, debauchery, gambling and a little bit of beer pong is exciting enough.  For the serious player, The WSOBP is the culmination of something much more…

In just about a month and a half, hundreds of beer pong players will travel to the Riviera Hotel & Casino in Sin City for The World Series of Beer Pong X, a chance for the $50,000 Grand Prize and ultimate bragging rights.

We are approaching one of the most exciting times for any kind of beer pong player – the month before The WSOBP.  For the casual player, the idea of going to Las Vegas for a week of drinking, debauchery, gambling, and a little bit of beer pong is exciting enough.  For the serious player, The WSOBP is the culmination of something much more.

Starting with that first beer pong tournament we play in late winter or early spring, most of us have our eyes on the $50,000 WSOBP prize.  You start to put feelers out for serious partners and look for the players that will help carry you deep into the tournament.  You start the difficult task of finding and winning a Satellite event to pay for your trip, or if you are one of the top players, amassing a collection of bids to sell to your friends and anyone looking for a discount.  Partnerships are formed and friendships are strained, all for the chance to be the ones holding that novelty check at the end of the day on January 4th.

But things change in the final month leading up to The WSOBP.  Shit gets real.  When that deadline approaches, it becomes time to put up or shut up.  You find out if that dude who has been swearing for months that he will play with you really will, or if you need to scramble at the last minute to find a capable partner.  You put in that vacation time at the last second with your boss and hold your breath that it gets approved.  You start looking for the cheapest flights possible, even if you need to switch planes four times to get to Las Vegas (unless of course you win the entire trip)

One of the best parts of signing up for The WSOBP is simply signing up.  You’re actually going to The World Series of Beer Pong!  You can breathe a sigh of relief and just worry about the holidays and getting ready for Vegas.  You start sending Facebook messages to the guys you haven’t kept in touch with often to find out if they are going, when they are going, and who they are playing with.  Beer pong players are giddy like school girls the month before The WSOBP.  For a lot of us, it’s the only time of the year we can get away with practicing beer pong every night of the week without getting in trouble or landing in the doghouse. 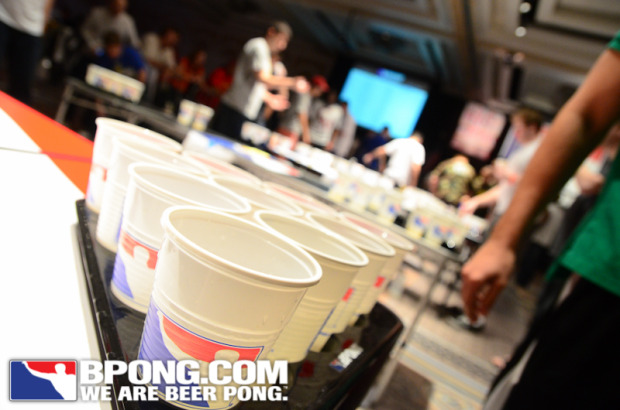 The greatest thing about the month before The WSOBP is that, for right now, it’s anyone’s game.  Have you ever noticed that almost everyone thinks they are the greatest beer pong player in the world?  Sure, there’s trash talk and altercations in other sports, but I think we see so much of it in beer pong because most players genuinely think they are the best.  We’ll throw down $100 for a cash game without thinking about it because we don’t expect to lose.  We’ll qualify our losses by making excuses or blaming our partners.

We think we’re either the best or capable of being the best.  And unless you’re heading out to The WSOBP just to dress as a woman, wear a costume or just black out, you think you are going to win.  Have you ever seen someone post a Facebook status on January 1st that said, “Heading to Las Vegas to not win $50,000 playing beer pong”?

The month of excitement ends on January 1st.  You’re there.  You’re checked in and you have the list of teams you play.  You start sizing up your competition and asking anyone and everyone for scouting reports on them.  And when you get herded into the ballroom like cattle and they call those first games over the speakers, you know it’s time to work.  The butterflies in your stomach go away, the beer tastes delicious, and all is right with the world.

Of those hundreds of players heading out to The WSOBP X, only two will be able to win that final game of the tournament and hold up that big ass check.  The rest of us get to sulk on our flights home, swear off playing beer pong for good, and suffer through the almost guaranteed chance of being sick with the “Pong Flu.”