Let’s learn something from bird flocks, sports teams, and street gangs: Uniformity means sticking together.
Additionally, you looking like a damn fool serves as a great distraction for your opposing beer pong team. Let us explain.

We all know the art of distraction within a high-pressure beer pong game is a team trait that could serve as the straw that breaks your opponents’ backs. The higher your beer pong level gets, the more complex your distraction tactics must be. Save the waving of the hands over cups while your opponents toss for the amateur basement parties.

Another component of beer pong, most sensible for higher level players, involves that of camaraderie. Feeling supported by your fellow players and having them feel supported by you is the basis of family, and family is what you should feel like to truly excel. We’ve seen it before. High-stake tournaments where skill levels are ridiculous, and one negative emotional rift between teammates gives the whole game to the opposing, positively encouraging team. Wah wah.

In our attempts to improve your beer pong game in every way, our researchers at BPONG.COM believe costumes take these concepts to the next level. Without having to say a word to your opponent, your silly and maybe-even-obnoxious costumes will speak volumes. Imagine this: your team is in The World Series of Beer Pong finals. The glittery Las Vegas energy is coursing through the veins of every WSOBP attendant while the tension rises rapidly. Either you or your opponents will be going home with $50,000. The other team got matching shirts made. Is that a team logo I see? That’s legit. Somewhat intimidating even. What did you do to keep up? Simple. 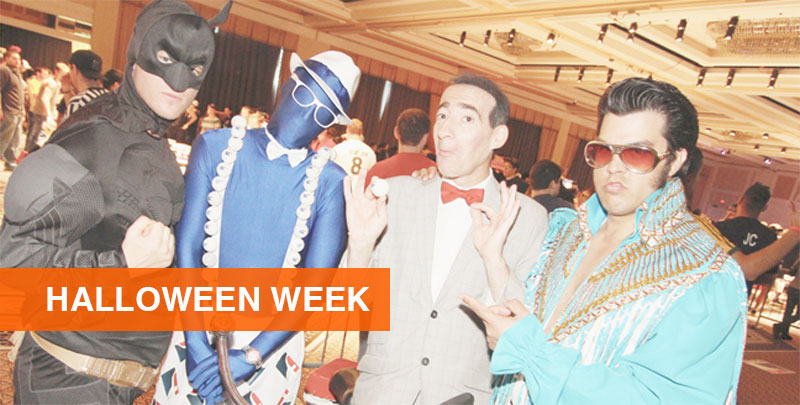 Your girlfriends broke out their hot glue guns and you bought yards of felt and stuffing. After crafting the most beautifully symmetrical nipples as cherries on top, you are ready to go as the most infamous pair in history – boobs. Your eyes don’t leave your opponents’ tossing hands. You only smirk when you’ve made a shot. Your game is fierce, but your costume yells, WE ARE FUN AS HELL. The crowd giggles and cheers as you waddle around, making cup after cup, serving as an active thorn in the side of your opponents. Every shot you make hits them a little harder, because, after all, they’re getting whooped by a pair of titties, for lack of a better word. There is no better word.

1 thought on “Dominate Beer Pong with Halloween Boobs: The Art of Distraction”