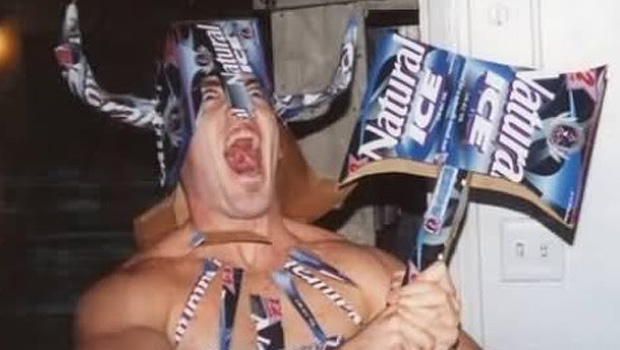 I think we can all agree that beer pong has a perception problem.

Whenever some high school or college kid has one too many drinks and makes a bad decision, the first culprit is always the game of beer pong. It’s never the parents who allowed the party to happen, the liquor store which sold the alcohol, or the person who should have been more responsible and know his or her limits. Nope, it’s all beer pong’s fault when someone drinks in excess and makes bad decisions.

If it’s not the excessive drinking that’s giving beer pong a bad reputation, it’s the “bro factor.” For some reason, millions of people think beer pong is the official sport of fraternities in colleges across the United States. To them, we are all just a bunch of guys in pastel-colored Polo shirts with popped collars and too much hair gel. In between games of beer pong, we go to the gym, hold keggers, and all the other stuff frat guys do. We refer to each other as “bro” and only “bro.”

In the interest of full disclosure, I was not a member of any fraternity in college. And while it has been over a decade since I enjoyed the lifestyle of a young college student, I can’t say that any of the fraternity parties I went to were centered around beer pong. Obviously, the sport has grown quite a bit in recent years, and I have no doubt that frat guys love to play them some beer pong (who doesn’t). But the stereotype isn’t exactly fair.

Don’t get me wrong, I’m not dissing fraternities at all. I chose to spend my time at the student newspaper in college instead, but that’s just me. I have plenty of great friends who belong to fraternities and only speak of them highly. Very few people fit the negative stereotype of a frat guy, and most people fail to acknowledge that fraternity members tend to earn better grades and a more well-rounded college experience.

I just don’t like the idea people have that we are all just a bunch of guys playing beer pong in someone’s basement or frat house waiting in line for the next kegstand. The truth is, and this has been mentioned time and time again, the majority of us who play competitively live in the professional world, we have real careers, families, interests and hobbies. Beer pong is an outlet for us, not something we center our life around.

While I’m sure there are plenty of members of our beer pong community who belong to fraternities, I can probably only name two or three that I know for sure. Which shows me that beer pong isn’t just a game for fraternity guys, because let’s face it, none of them are winning our tournaments.