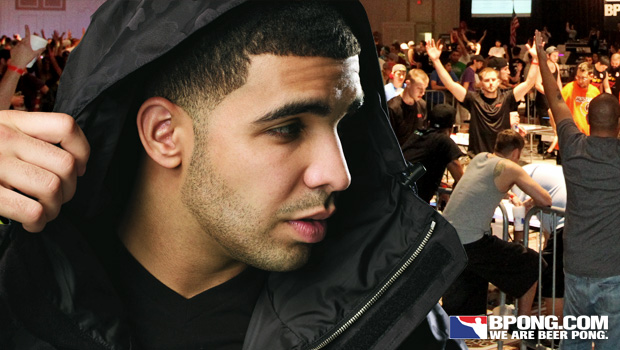 But there is one thing that has always irked me about the beer pong community, and it’s how judgmental and dismissive we can be about each other when it comes to skill level. Pong players are stubborn and judgmental, and while we hate listening to people like NFL experts for the same exact reason, everyone is apparently an expert at judging who is “good” at beer pong and who “sucks.” Just like we hate listening to dipshits like Skip Bayless tell us why our teams stink and don’t have a chance to win, we do the same thing to each other when it comes to beer pong.

First impressions can mean a lot in beer pong. We are often judged based on a single game we play against someone, or a terrible shot we happen to see a person take. Likewise, if we see a player shoot well the first time we watch, we likely will quickly determine if that player is good or not. While it isn’t totally fair, it’s understandable. We can only judge fairly by what we see, and if you see someone playing poorly or fantastic, it will go a long way to helping us form our opinion.

The problem with beer pong players, though, is that most of us never change our opinions. Once you’re good, you’re always good.  If you are a good player and play poorly, there’s a reason for it. “He’s rusty,” is one excuse. “They shot lights out,” is another excuse. But a guy like Kessler is always going to be considered a top player, even if he doesn’t play for a couple of years, when he comes back he will still have that respect.

Now, that’s great for the good players, but what about us “terrible” players? While the majority of us started from the bottom (and in my case, stayed at the bottom) there are a lot of players who have gotten quite good, but still don’t command any respect. Chances are if you are one of the other 95% of players, you probably fall under this category. You play with a huge chip on your shoulder, eager to prove to anyone why you should be considered one of the best. Pro sports teams use this kind of mentality all the time during championship runs, and pong players are no different.

That’s why all of these Top 25 rankings you see are bullshit. East Coast guys don’t know the underrated West Coast players, and vice versa. Shit, even people in the same states use rankings as more of a popularity contest than a true measure of someone’s ability.

For every “elite” player out there, there are 5 players that nobody will give the slightest bit of respect to that could give them a run for their money. Who are some of the best players you know that don’t get much respect nationally?

1 thought on “Starting From the Bottom”