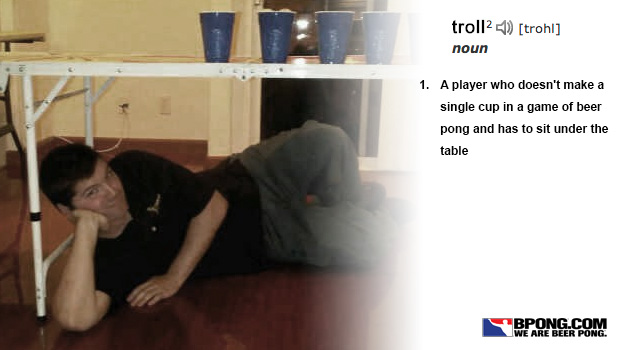 Most of us have played beer pong long enough that we take a lot of things about the game for granted. We speak a different language to each other. We can debate and come to an agreement on a rules discussion in only a few short moments without explaining a whole lot. We have our own little names and expressions for things.

In beer pong, there are different names for the same things, depending on which region you come from. Just like people who refer to soda as “pop,” players from different areas may refer to things differently. But there are also some standard beer pong terms that almost everyone understands.

Here’s a quick “cheat sheet” for some of the most commonly used beer pong terms:

roll-back/bring-back
After you make two shots in WSOBP play, you get one ball back to shoot

hundo
A player who shoots a perfect game

“Reap” hundo
When a player boasts of shooting a hundo but actually misses up to 3 shots. Made popular by Thomas Reap

honeycomb
Hitting all corner cups and the middle cup in succession. Considered one of the more disrespectful things to do to someone on the beer pong table, the cups remaining form a “honeycomb” shape