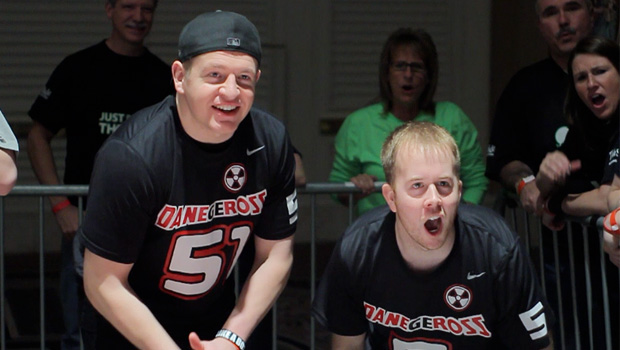 It may be a new year, but it was the same old results for defending World Series of Beer Pong Champion Ross Hampton. Along with partner Dane Ellis, “DanegeRoss” won last night’s East vs. West tournament in the Eldorado Ballroom at the Flamingo Hotel and Casino in Las Vegas, kicking off the first official event of the World Series of Beer Pong VIII.

Hampton and Ellis, teaming up in their first official WSOBP event, are one of the favorites to win this year’s WSOBP $50,000 main event. The duo outlasted a field of 128 and beat RGVP, Cameron Chappell and Adrian Gonzales, representing, McAllen, TX, in the finals.

2 thoughts on “DanegeRoss wins the East vs. West Tournament”