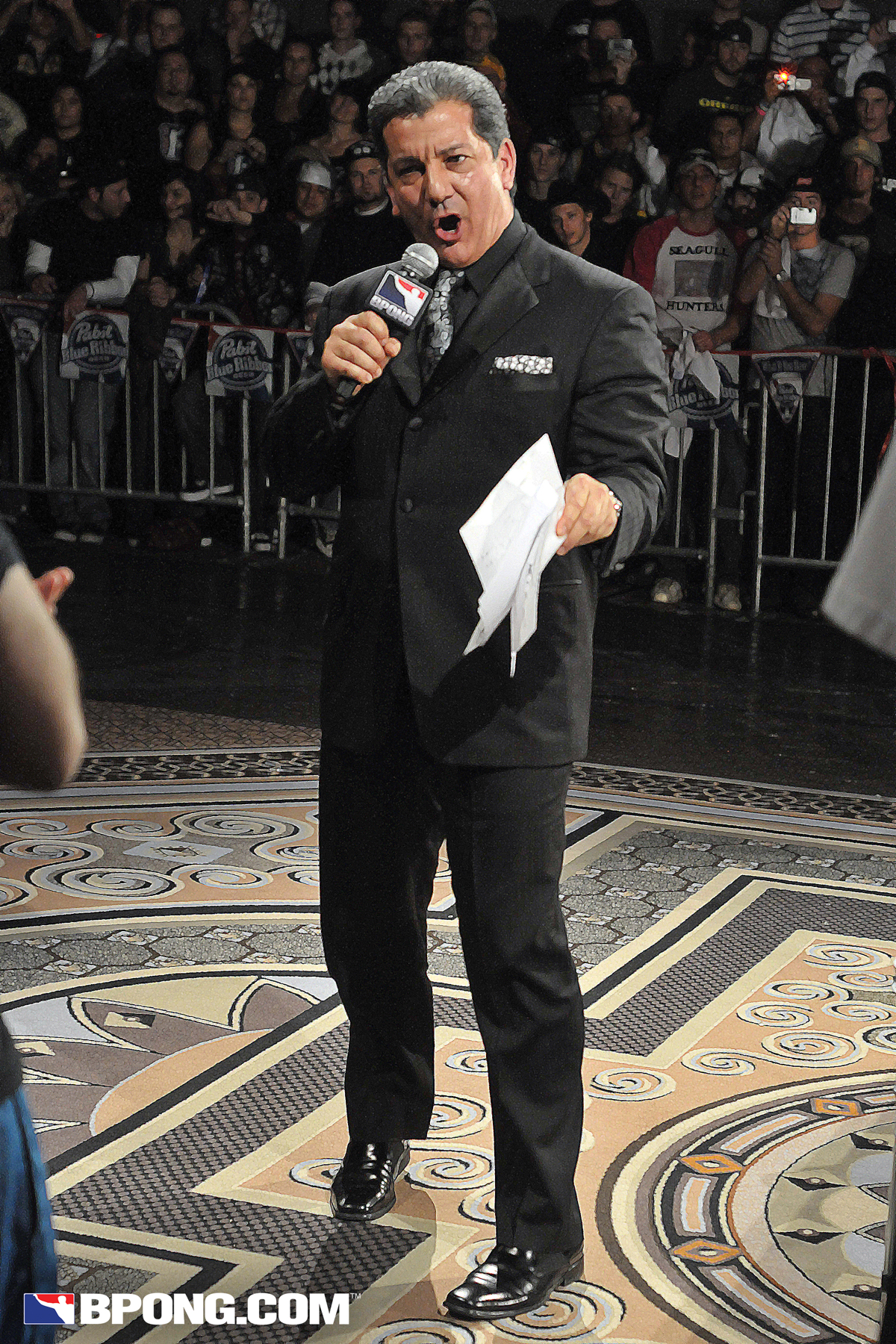 Famed sports announcer and entertainer, Bruce Buffer, will be making his return to the sport of beer pong to crown the next World Series of Beer Pong Champions!  Buffer will be returning to announce the teams of the Championship Match on the Final Table at the 13th Annual Tournament, which boasts the largest payouts in beer pong history with total prizes expected to approach, if not exceed, $100,000 for the Main Event and various side events.  Buffer previously resided over the the beer pong mega event in 2009, 2010, 2011, and 2012.

“We are honored to welcome Bruce back to beer pong’s biggest stage,” said Billy Gaines, Founder & CEO of BPONG.COM and The World Series of Beer Pong. “It’s a competition unlike any other in the world and deserves an announcer that can do it justice. Thousands of competitors from different walks of life, ranging from doctors to teachers to college students, will come together for four days of thrilling competition and Bruce’s distinctive voice sets the stage for the final match up like no other.”

Tournament play at the 13th Annual World Series of Beer Pong follows the official WSOBP rules, but in short, the game is one of skillful hand-eye coordination. During play, two-person teams stand at opposite ends of an eight-foot-long table, where ten 16-ounce cups, filled with water, are placed in bowling pin formation. Each team takes turns tossing beer pong balls (similar to table tennis balls) at their opponent’s cup formation. If the ball goes in a cup, that cup is removed from the game. The first team to eliminate all of its opponent’s cups wins.

Players interested in participating in the 13th Annual World Series of Beer Pong can register now at BPONG.COM/WSOBP. Open registration is currently available at an Early Bird price of just $285 per person until May 15th, 2018. (Full Retail Price is $295/person.) Registration includes a minimum of 12 games of play in the tournament. All participants and spectators must be 21 years or older with a valid ID. For more information, please visit BPONG.COM/WSOBP or www.WestgateLasVegas.com.