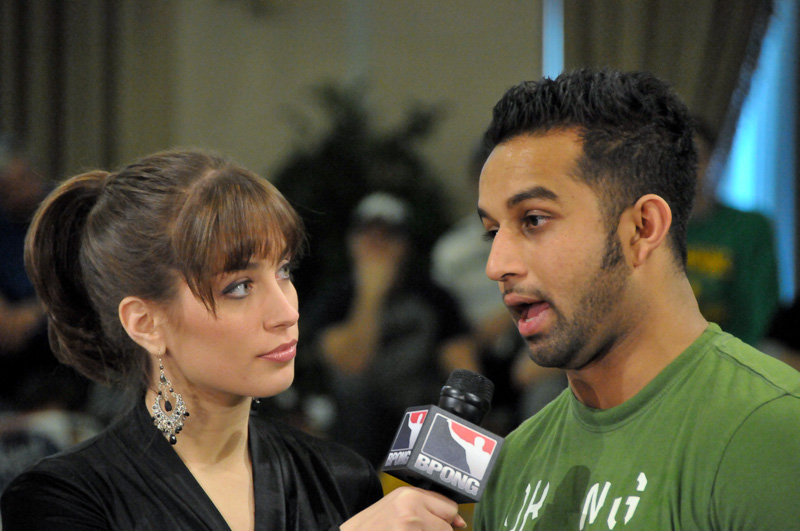 Many still think “binge drinking party game” when they hear “beer pong.” However, over the past decade we’ve developed an extension to that root, establishing a much greater value to the game. The World Series of Beer Pong has paid out over $500,000 in prizes through its Main Event. The WSOBP side events and affiliated organization’s competitive beer pong tournaments add a significant chunk of change on top of that $500K to total a substantial sum of cash that has been awarded to “professional” beer pong players all around the world.

Whether you are the guy at the party who wants to win every single game, prefer to play just for kicks with your buddies or maybe have yet to even play the game, we’ve managed to clearly define an ultimate pinnacle for what, perhaps, is now just a weekend hobby but, ultimately, could be an undiscovered calling. If a $50,000 1st place prize in itself is not enough motivation to stimulate your curiosity, we will give you a few more reason to make the jump to the big leagues and compete in The World Series of Beer Pong!

1. We’ve legitimized what may have always seemed to be a useless talent of yours. Are you the guy who tries to use the “I won 13 games of beer pong in a row” line to impress a girl or your friends and get laughed at? Try stepping it up a notch by letting them know you went 23-1 at The WSOBP in Las Vegas and won $50,000 within a field of 1,000+ players accumulated from 48 US states and 20+ countries from around the globe. It’s a solid bet that the response you would get would be slightly different. Even if you are not the World Champ, taking down a local/regional tournament and bringing home cold hard cash goes a lot further than awkward excessive pride in your drinking abilities.

2. The WSOBP is still young enough to where anyone can compete at its highest level! There are no qualifications or skill requirements to play. That’s right, you can get off the couch (or stay on it) and register to play side-by-side with past, present and future World Series of Beer Pong Champions in Las Vegas, Nevada, on the sport’s biggest stage! Your boyhood dreams of playing in the NBA, NFL and/or MLB may have long passed you, but there’s still hope with us.

3. Even beyond the thrill of competition, the satisfaction of financial compensation and the adrenaline rush of the entire experience is the community of people you’ll be introduced to, which is one you’ll always feel a connection to. The diversity of characters and player backgrounds are incredible when you fully recognize whose all in front of you. There are absolutely the stereotypical bros and young guns in attendance, however, there are CEO’s from other countries, doctors, lawyers, athletes, celebrities, parents, grandparents, and endless other professions or people you might not typically associate with “beer pong players.” Though, those are indeed the people who make up the player pool at The World Series of Beer Pong, and they all come together for one purpose – to smash cups and have a great time. You’ll make friends that last a lifetime!  So bro, why not go pro?