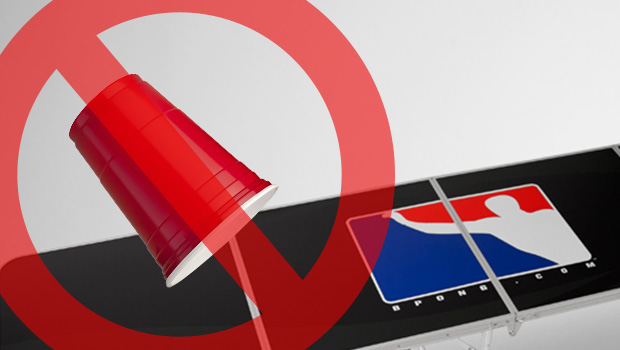 It’s a Beer Pong Table, Not a Flip Cup Table

It’s Friday night and you feel alright and the party is on the Westside. You’re having a great time partying with your friends, drinking, and playing some beer pong. Maybe you have just won or maybe you just lost and quickly signed your name on the inside of an
empty 30-pack to call next game. And then it happens.

Is there anything more annoying than being nagged about playing flip cup when you’re busy playing beer pong? Don’t get me wrong, I don’t mind flip cup. It has its moments and it can be fun at times. I especially like “Survivor Flip Cup,” when the weakest link of
the losing team gets voted off after each loss. But flip cup isn’t beer pong.

These days, Americans are too soft. Everyone wants to be politically correct. Every kid in little league these days gets a trophy, because they don’t think anyone should feel left out. Kids aren’t punished or spanked anymore, unless you want your child taken away by social services. Shit, they wouldn’t even let us play dodge ball in high school because they were afraid of kids being hurt. Flip cup is the equivalent of that. Why shouldn’t everyone get the chance to play at once when you’ve earned the right to stay on the table?
The worst is that dude that loses in beer pong and then starts advocating for flip cup.  Let’s call it what it is. Flip cup is for people who aren’t good at beer pong.

Beer pong is truly the survival of the fittest. Everyone gets a chance to play. If you win, you get to continue playing. If you lose, you either need to find a better partner and wait for your chance at redemption, or suck it up and go play Asshole at the kitchen table with
the other people who aren’t good enough to play beer pong.

No one remembers an awesome game of flip cup, but we can all remember with great detail some of our greatest beer pong triumphs. We remember the times we ran the tables all night. We remember how many games we won in a row and how many shots we
made. We remember playing for drinks or money. It’s the greatest combination of getting drunk and playing sports that you can easily find. And since we all think we’re the best, we have no shortage of people willing to challenge us.

And then there are the distractions. I think we’ve all seen in person or on certain websites the things some people are willing to go to distract the opponent. How can you not love watching that stuff? You can’t distract people or talk trash in flip cup. If you’re playing
cards, it’s enough of a task just to remember the rules while you’re playing, let alone talk trash. But it’s half of the fun in beer pong.

Beer pong is also a great way to meet people. If you’re shy, you can use it as an icebreaker. I once dedicated a few shots to a girl at a party and made them. We ended up dating. Who knows, maybe your partner will be impressed with your skill. Even for someone terrible at beer pong, they will still get lucky and make a shot or two. You can’t mingle during a flip cup game. If someone is terrible at flip cup, they will fail at flipping the cup a few times and the game is over. It’s not nearly as fun.

So next time you’re running the beer pong table at a house party and someone suggests flip cup, tell them to find another table. Or a beer pong partner.

3 thoughts on “It’s a Beer Pong Table, Not a Flip Cup Table”